Listed property giants Dexus and Frasers Property Australia have announced the design team behind their $2.5 billion Central Place Sydney in the government-backed technology precinct next to Central Station.

The twin-tower proposal, designed by architects Fender Katsalidis and Skidmore, Owings and Merrill, was selected following an international design competition by the City of Sydney, the first of its kind to be run entirely online.

The precinct, set to feature two office towers of up to 39 levels, will join anchor tenant Atlassian, which has plans of its own for a $1 billion timber tower, at Sydney’s so-called “Silicon Valley” spanning 24 hectares at the southern end of the CBD.

The joint proposal by the country’s largest office landlord, Dexus, with the local arm of Singaporean property powerhouse Frasers will comprise 150,000sq m of work space.

Dexus chief executive Darren Steinberg highlighted the importance of technology throughout the building’s design with new measures to accommodate a socially-distanced workforce. 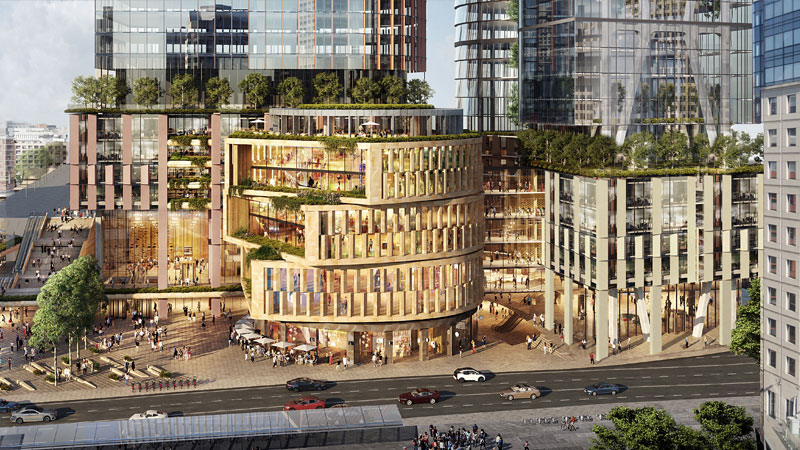 The tech-focused towers will be powered by 100 per cent renewable energy and include a range of healthy building initiatives including touchless entry points and a closed cavity facade system powered by artificial intelligence and solar glass.

The Central Place Sydney project is the latest landmark development to emerge from the state government’s unsolicited proposal process.

The rezoning of the area slated for the first part of the tech hub was one of 13 projects and planning proposals the NSW government last month announced it would fast-track. 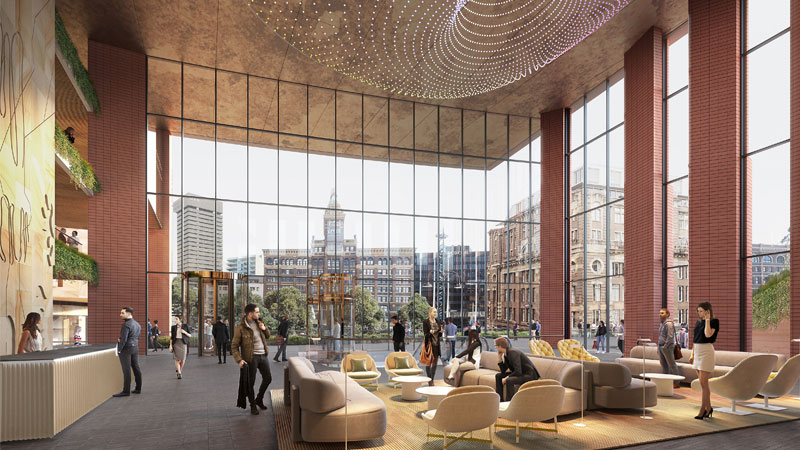 The development is expected to support 700 jobs during construction and more than 10,000 jobs when complete. Image: Fender Katsalidis, Skidmore, Owings & Merrill

The approved rezoning of the area to the western edge of the railway will allow buildings up to 206 metres high—compared with 35 metres previously—as well as a major increase in office space.

“It demands an inclusive approach through strong partnerships, a long-term view and, critically, an internationally recognisable design,” Fehring said.

“This is a precinct Frasers Property knows well and has helped shape, with the world-renowned Central Park having delivered real public-realm improvements while celebrating the precinct’s place in Sydney’s history.”

A key element of the development is an underground facility for essential services which will allow future over-station development in the precinct.

Fehring said the public realm improvements would “reshape the daily experience” of the estimated 20 million commuters and other pedestrians who pass through the precinct each year.