VISITORS to the Gold Coast will begin their holidays even before they leave the terminal when the airport’s impressive new expansion opens later this year.

Uniquely Gold Coast features adorn the $500m project, including a line through the baggage hall marking the border with NSW and giant windows offering sweeping views of the hinterland.

The Bulletin was on Tuesday given exclusive access to the new facility, getting the first look at the aerobridges, arrivals hall and border control facilities that will greet passengers arriving on international flights. Queensland Airports Limited CEO Chris Mills said the gateway was determined to give the new terminal a look that would immediately distinguish it as “not just another airport”.

“The point for me is that it’s just not another airport. When you look at the arrivals hall you say straight away – that’s Gold Coast Airport.

“It’s the first impression people get when they arrive and the last thing they see before they take off. 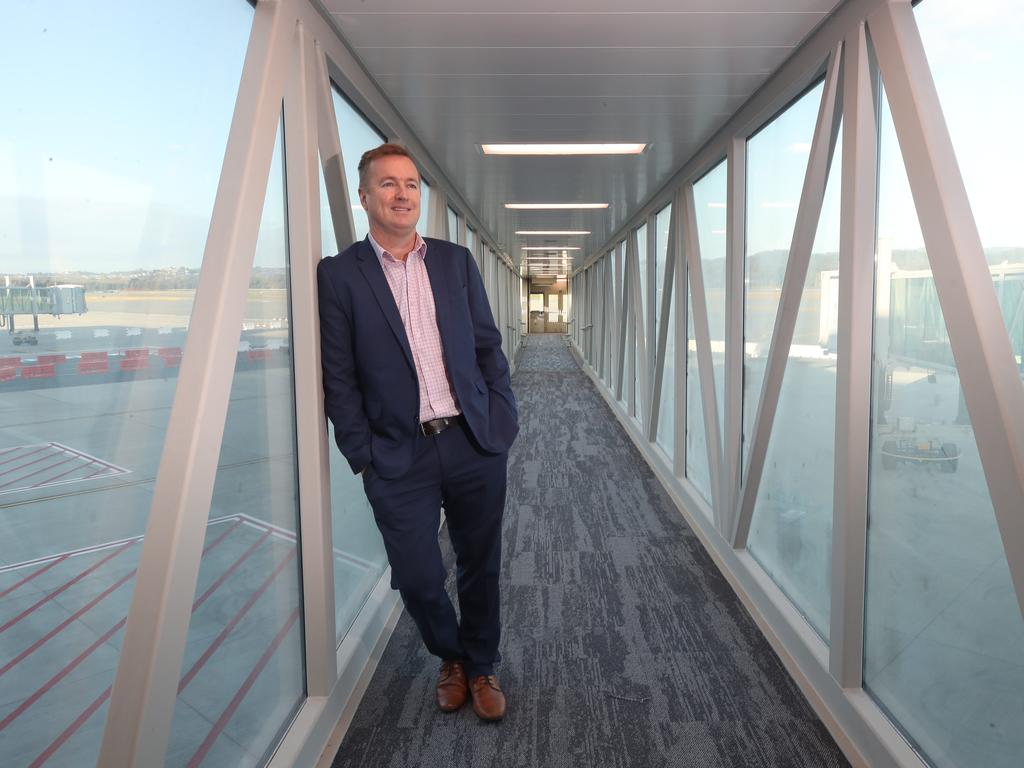 The three-level, 30,000sq m expansion doubles the airport’s terminal footprint. It will allow for up to 19 aircraft at the airport at any one time – a huge boost for local tourism.

It has also been designed to be “future proof”, with the possibility of being further extended.

“We needed to be set up for the future”, Mr Mills said.

“Everything has been cleared for future expansion in the same direction.

“It sets us up for many years to come”. One consequence of the expansion was that, like the runway, the airport’s terminal building now crosses the NSW border – noted with the line across the baggage hall floor which is sure to be a popular spot for photos.

Mr Mills said it was an opportunity the airport could not miss.

“Little things like that, they’re unique to the Gold Coast,” he said.

“Our approach was, let’s celebrate it.”