Paul Makepeace, who purchased a two-bedroom apartment from the Gallery House River Collection, has moved ‘home’ after a decade-long stint overseas. His prerequisites were ‘somewhere close to my daughters and somewhere that felt like a community’. “In Gallery House I found the perfect balance of location and connectivity,” he said. “After 10 years abroad, I wanted to live somewhere that provided me with something I’ve been missing for a while now – a sense of community. The location of Gallery House next to Portside Wharf, and the building’s well-designed communal areas, makes it feel more like a neighbourhood than an apartment development. That sense of connectivity is something other projects I looked at just didn’t have.”

Mr Makepeace said that being part of the Northshore Hamilton masterplanned community gave him confidence he was buying somewhere that had taken future growth into consideration.”So much development is done on the fly, so knowing that there is a considered masterplan – not just for Brookfield’s parcel of land, but for the whole of Northshore Hamilton – was a real drawcard for me,” he said. Gallery House forms part of the $5 billion Northshore Hamilton precinct – a 304 hectare development that is one of the largest urban renewal projects in Queensland. Gallery House is its latest project, with premium resident-only facilities including a rooftop sanctuary with infinity pool, lounge and barbeque areas, and a podium level garden.

Brookfield Residential Properties’ Managing Director Lee Butterworth said the masterplan had been meticulously designed to offer some of the best living opportunities in Queensland.”We don’t just want to construct apartment buildings; we want to create communities,” he said, “A sense of connectivity has been achieved at Portside Wharf and we are now replicating it, on a more luxurious scale, at Gallery House.” 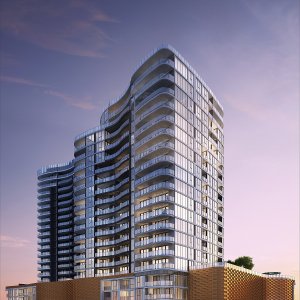 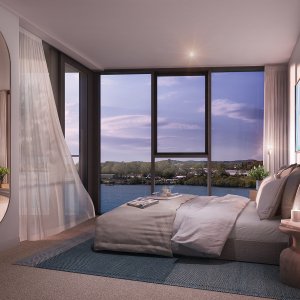 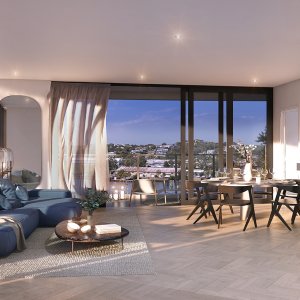