A $93.6-million mixed-use project for the centre of a masterplanned redevelopment of one of the Gold Coast’s most controversial locations has been approved by the Gold Coast City Council.

The project to be built on The Spit, to be delivered by Gordon Corporation after a two-stage state-led expression of interest campaign, will comprise 47 “high-end” apartments, retail and public spaces, and a 52-berth marina that includes three super-yacht berths.

The development, dubbed Village Centre South, will be built across one of the masterplan’s newly available development sites.

It will be the first to be released in decades on The Spit and will adhere to a maximum of three storeys or 15m height.

“We will be working with the proponent and the council to ensure that this proposal adheres to the planning scheme, is consistent with the masterplan and the preservation of The Spit’s natural values,” Queensland development minister Steven Miles said.

Gordon Corporation director Tim Gordon said the 30-year-old developer would draw on its years of experience across residential, commercial and mixed-use projects to create a centerpiece for The Spit.

“As a Gold Coast-based company, we are very excited about the prospect of working with the state government to realise our proposed project, being the first new development in many years on The Spit,” Gordon said. 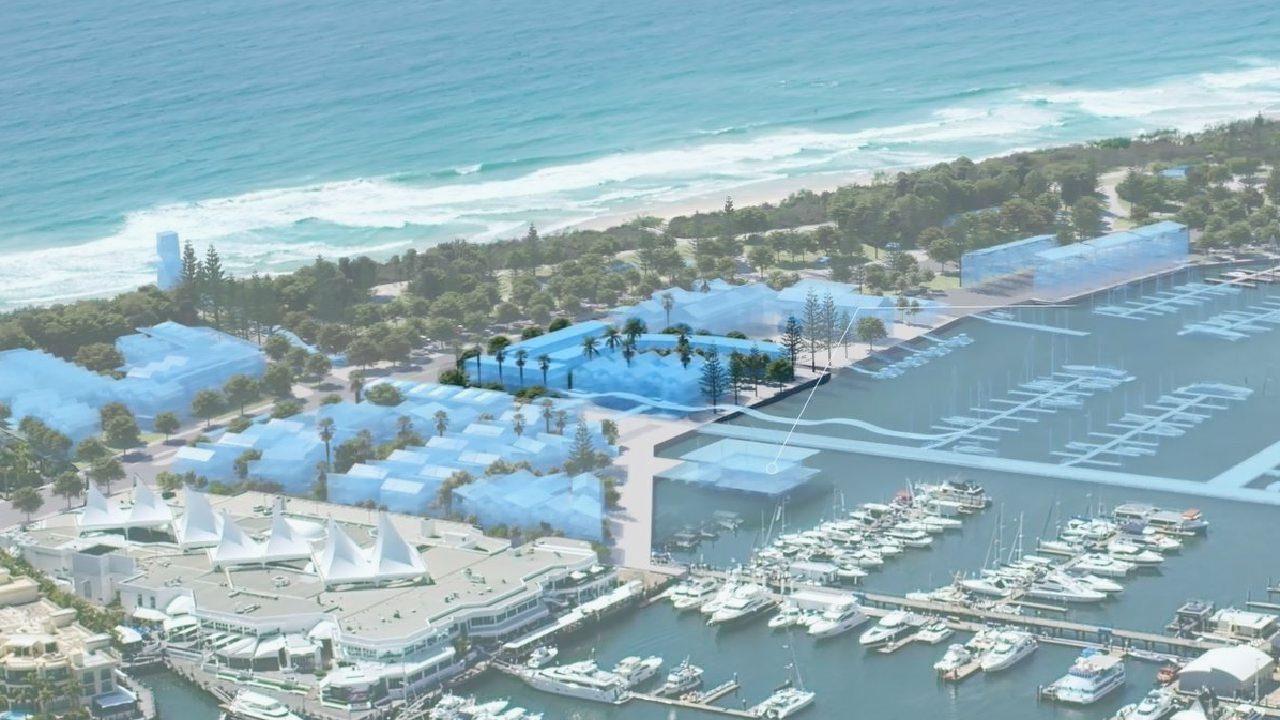 The project is set to be built at an empty lot next to the Gold Coast WaterWays Authority between the Southport Yacht Club to Mariners Cove.

Construction is expected to begin early next year and finish late in 2023 with the developer estimating it will support upwards of 300 jobs during its two-year construction phase and more than 100 jobs when complete.

Two projects have been completed as part of The Spit masterplan, a 675m shared pathway between SeaWorld and Doug Jennings Park and upgrades to The Spit foreshore.

The works are part of the $60-million plan to revamp the much-loved Gold Coast spot, which were first unveiled in mid-2019.

The state government released the masterplan in May of that year after an 18-month consultation process with residents and other stakeholder groups.

Works on the promenade are also in the final stages of construction, with plans for a $4-million jetty and pontoon at the Marine Stadium at The Spit’s northern end to start mid-year.

The state government said the jetty would create “safe, multi-purpose access via the water to the area” and includes the opportunity for a ferry connection to the northern end of The Spit during events.

“As we recover from the Covid-19 pandemic, building infrastructure and partnering with the private sector is essential,” the Member for Gaven, Meaghan Scanlon, said.

“[These projects] will provide an injection into the economy, create jobs in construction, and ongoing hospitality and operational jobs.”