Queensland’s economy is getting a boost thanks to people fleeing “crazy house prices” in southern states. 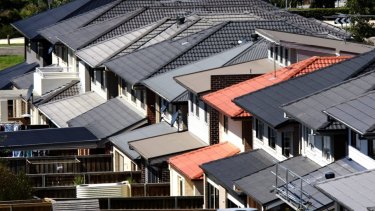 “[And] the lift in people power it is getting thanks to crazy house prices sending refugees from Sydney and Melbourne up north,” Deloitte partner Chris Richardson said.

“Even so, growth is taking a bit of a breather as low wage gains weigh on the spending in its shops.”

The Queensland economy had increasingly recovered from its post-mining boom blues over the past couple of years, according to the Deloitte report, which said exports had surged in both gas and tourism.

“People have finally been moving from interstate in droves, either cashing in the big bucks as they sell up in Sydney or Melbourne, or avoiding those cities altogether and choosing Brisbane as the first option as they move from the likes of Perth, Adelaide or Darwin,” the report said.

But Queensland was taking a breather from a strong run as housing experienced “hiccups” and an earlier surge in jobs ran its course, settling at more reasonable rates.

“Yet we’d call it a lull in growth rather than a rout, as we expect growth to pick up again towards the end of this year an remain fairly strong,” Deloitte said.

The report said Queensland consumers had lost a bit of confidence during 2018, not due to the housing market, but because job growth had “fallen off a cliff”.

“Job growth went from hell-for-leather rates in 2017 to barely anything now and that has knocked growth in household spending power,” it reads.

Growth in tourist arrivals had slowed amid a temporary bounce in the Australian dollar in early 2018 and recent floods in north Queensland were a “kick in the guts” for farmers that would hurt farm exports.

Deloitte said housing construction continued to fall but strong population growth would continue to underpin the economy and consumer spending.

The report predicted the flow of people from interstate may soon peak as Sydney and Melbourne’s housing markets became “less scary” but Queensland would still receive a much higher level of interstate migrants than during much of the past decade.

“All in all, this means that the state’s population growth will remain stronger than the national average for the next few years, and that’s gravy for economic growth,” the Deloitte report said.

However, Deloitte said consumer spending was held back, despite the population influx, because Queensland’s job growth was not strong enough to eat into the elevated level of unemployment.

“What decline there has been recently in the Queensland unemployment rate has come from workers giving up on job-hunting amid the recent wind back in job growth,” the report said.

“We expect to see more of the same over the coming year … before a renewed economic upswing lifts employment growth as well.”

In March, the Palaszczuk government celebrated the creation of 185,000 jobs since it came to office in January 2015, while the seasonally adjusted unemployment rate fell from 6.1 per cent in January to 5.4 per cent in February.

Originally published by Felicity Caldwell in the Brisbane Times here.