A giant tower crane was installed on the $3.6 billion Queen’s Wharf site over the weekend as the project transitions from its two-and-a-half years of demolition and excavation phase.

Plans for the Queen’s Wharf Brisbane precinct include four new luxury hotels, more than 50 new bars and restaurants, along with 2000 residential apartments for the completed major development.

The heavy lift crane, which will kick off construction on the basement and underground carpark, sits between Queen’s Wharf Road and William Street and will be used to build one of the two towers for the Star Grand Hotel.

Next weekend, a second tower crane will go up closer to Margaret Street. 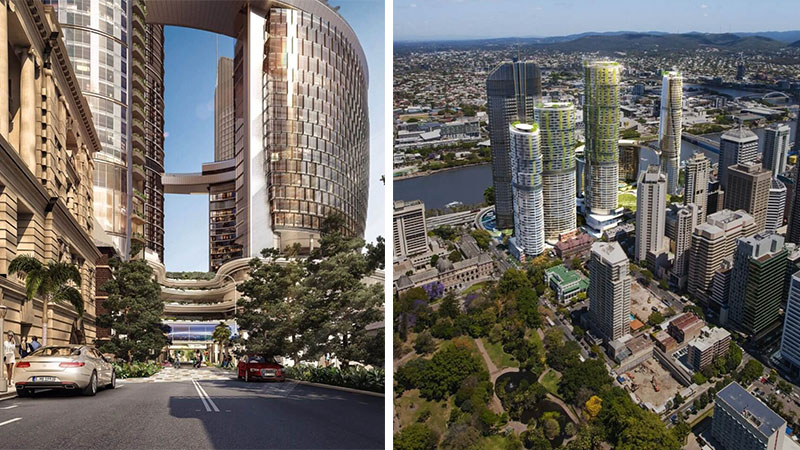 ▲Queen’s Wharf Brisbane is a private development managed by The Star Entertainment Group.

Up to 400,000 cubic metres of material will have been removed from the site by the end of next month, much of which has reportedly gone to the Brisbane Airport for reclamation work, and to construct the Automall.

The project’s builder Multiplex is expected to have up to 10 tower cranes operating within the Queen’s Wharf main site over the next six months.

The project, which is being developed by the Destination Brisbane Consortium, a joint venture led by casino giant Star Entertainment Group, with Far East Consortium and Chow Tai Fook Enterprises, with Cottee Parker Architects as the lead designers of the core integrated resort development. 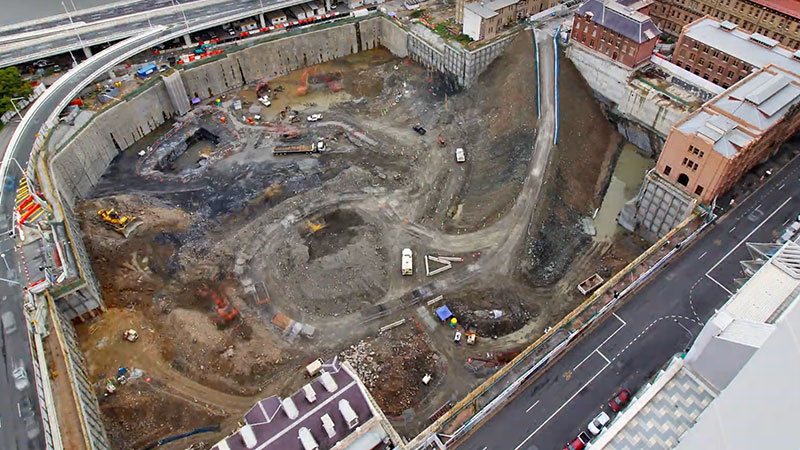 ▲Queen’s Wharf Development: The giant hole in the ground, down to a depth of 26 metres at its deepest will be transformed into Queensland’s largest basement and underground carpark.

“With a diverse range of premium dining, shopping, entertainment, and accommodation options on the way, Queen’s Wharf is expected to generate an extra 1.39 million visitors a year and deliver a $1.69 billion dollar a year increase in tourism spending,” she said. 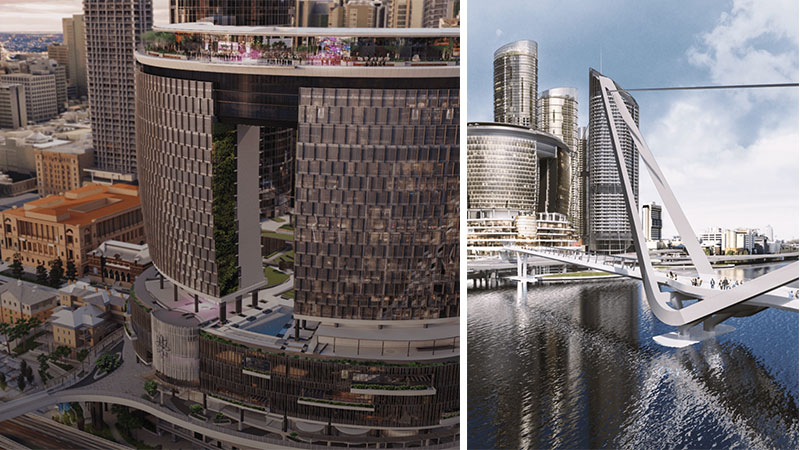 ▲In 2022, Destination Brisbane Consortium expects to open the core integrated resort development, which will include three of the hotels.

The project is being developed by the Destination Brisbane Consortium, a joint venture led by casino giant Star Entertainment Group, with Far East Consortium and Chow Tai Fook Enterprises. While Cottee Parker Architects are the lead designers of the core integrated resort development.

At peak construction there will be up to 2000 workers on site. Once completed state government expects Queen’s Wharf could create up to 10,000 more jobs.