Lachlan Murdoch, son of media mogul Rupert Murdoch, has parted with US$150 million (A$216 million) for an estate in Los Angeles’ Bel Air neighbourhood, making it the most expensive home ever sold in the city.

The estate, also known as Chartwell, which was picked up by Murdoch, chief executive officer of Fox Corp, and his wife Sarah, is the sixth property in Los Angeles to break the $100 million (A$145 million) mark.

The home was built in the 1930s and owned by Chicago hotelier Arnold Kirkeby before being purchased by late media mogul A. Jerrold Perenchio in 1986 for $14 million, along with three adjacent parcels of land.

One of those lots included a home that Perenchio converted into a 530sq m guest house, the second was demolished to make room for a driveway, and the third bulldozed to become a grassy helipad.

The estate centres on a 2,323sq m French neoclassical-style chateau that sits on 4-hectares at 750 Bel Air Road in the Bel Air neighbourhood.

The house was used in the popular television sitcom The Beverly Hillbillies that aired from 1962 to 1971, although the home was not used in the actual filming of the series. 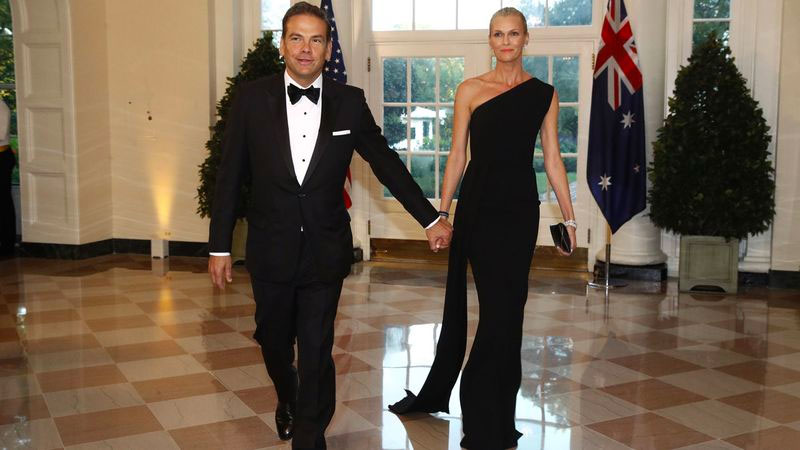 Lachlan Murdoch, whose net worth is estimated at $3.62 billion, and wife Sarah. Image: Associated Press

Murdoch, who was born in London and has British, Australian and American citizenship, has spent his entire career at News Corp, having joined the company in 1989 when he was 18.

Murdoch has spent much of the past decade based in Sydney with his Australian wife Sarah O’Hare and their three children.

They relocated their primary residence to Southern California in 2015 after Murdoch was named executive chairman of 21st Century Fox in a move that was seen as succession planning for News Corp.

Down the road, the former home of hotelier and Hilton founder Conrad Hilton recently hit the market for $225 million (AU$327 million), which if sold, would make it the most expensive residential real estate transaction in America’s history.