Real estate investor Cromwell Property Group has snapped up a 35-level tower in Brisbane’s North Quarter precinct in a $525 million play, and follows a string of major asset transactions in the capital city.

The $524.75 million purchase of 400 George Street, comes as Brisbane’s commercial property market continues to improve with vacancy dropping to 11.9 per cent.

The property, with a total net lettable area of 43,978sq m spanning office, retail and childcare, has a 4.9-year WALE and 99.8 per cent occupancy rate, leased by blue-chip corporate, state and commonwealth government tenants.

The purchase builds on ASX-listed Cromwell’s activity, which recently sold its 50 per cent share in Sydney’s Northpoint Tower for $300 million, completed an institutional placement and security purchase plan raising $407.5 million. 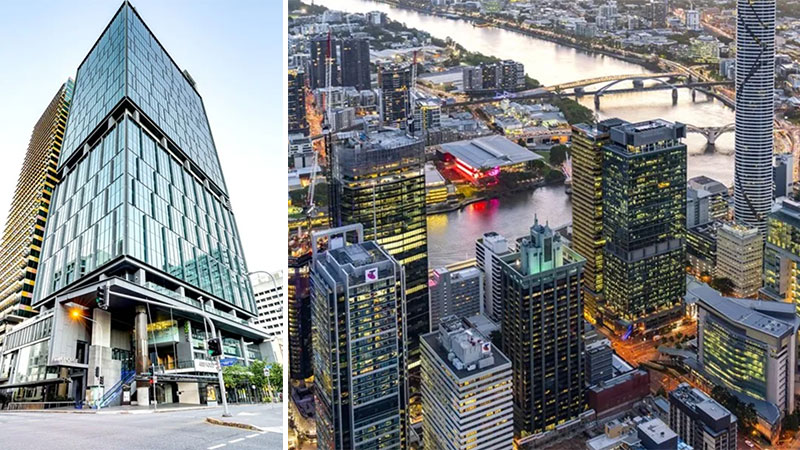 Cromwell chief executive Paul Weightman says the proceeds of these activities, as well as the sell down of existing funds, will be used to fund opportunities inline with Cromwell’s ‘Invest to Manage’ strategy.

“We continue to look to recycle capital from assets where we have already added significant value,” Weightman said.

The transaction follows a string of major assets changing hands in the Queensland capital.Sydney-based fund manager Anton Capital snapped up 39 George Street and 15 Adelaide Street for about $225 million from Canadian investor Oxford Properties.

Earlier this year Abu Dhabi Investment Authority, one of the globe’s largest sovereign funds, listed its 50 per cent stake in 66 Eagle Street in a deal understood to be worth $400 million.

Approximately $2.35 billion in office sales took place in Brisbane last year, an increase of 60 per cent on the year prior, according to Colliers International.