Fund manager Charter Hall is pushing ahead with a major Brisbane development, lodging plans for a 35-storey office tower.

The development is slated for a 1,850sq m corner site at the top of the CBD’s Queen Street Mall, created from the amalgamation of three properties at 217 George Street, 231 George Street and 60 Queen Street, ranging from three to eight storeys in height.

Charter Hall purchased the site from the Blackstone-backed 151 Property Group for $94 million mid way through 2018 and quickly sounded out plans for a skyscraper scheme taking queues from its $250 million 333 George Street project in Sydney’s CBD.

The development will be known as 60 Queen Street and, if approved, will add 29,000sq m of net lettable area to the Brisbane CBD office market.

The Urban Developer reached out to a Brisbane-based representative of Charter Hall who declined to comment on the proposal. 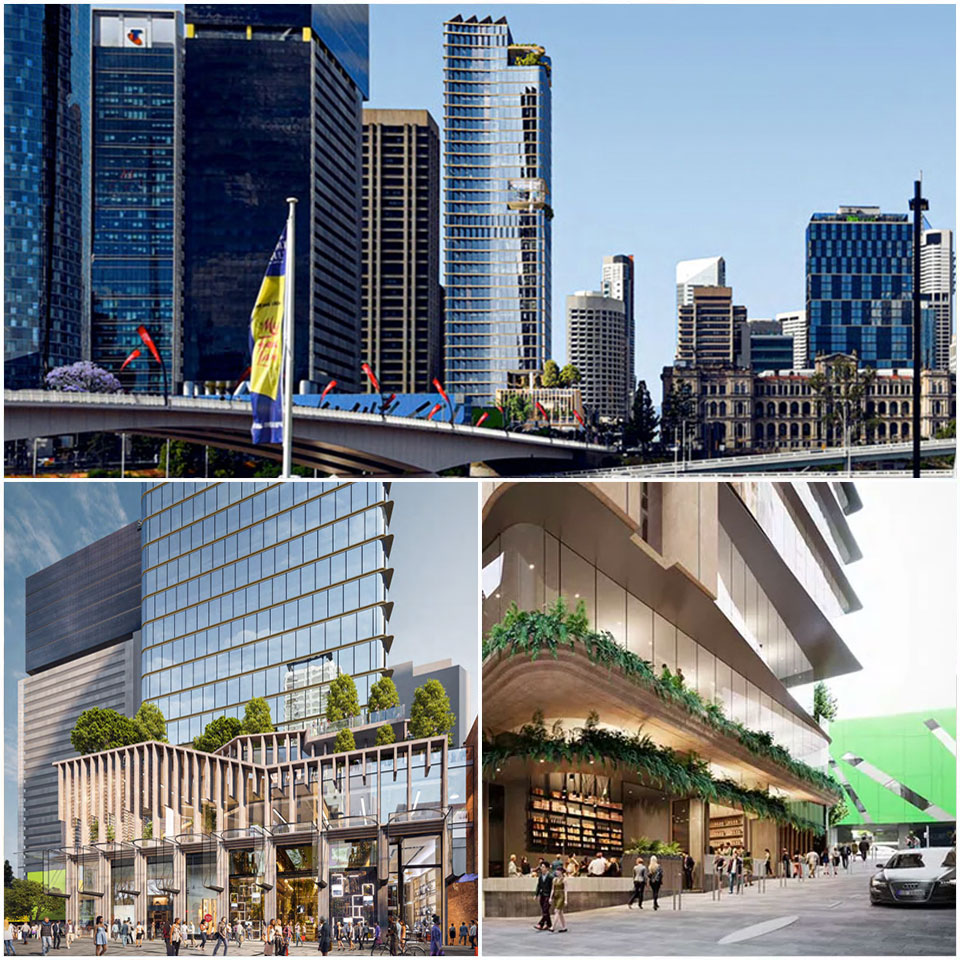 The proposal for the prominent corner site includes a retail laneway and improved pedestrian connection to the site. Image: Blight Rayner

The design for the tower has been put together by Brisbane-based architecture firm Blight Rayner.

The proposal will also create 1,300sq m of open space and will provide for 97 car parks across three basement levels as well as 174 bike stations and end of trip facilities.

In line with Charter Hall’s commitment to achieve net zero carbon across its portfolio by 2030, 60 Queen Street is targeting 6 Green Star and 5.5 Star Nabers energy ratings.

The tower’s design includes initiatives in energy efficiency and waste and water usage.

Sensors across the building’s facade will control the amount of sun coming into the building controlling LED lights, temperature and air quality.

Once realised, the building will be boarded by a 32-storey commercial building on George Street and the 28-storey Next Hotel on Queen Street.