A new bridge at Western Sydney Airport, as wide as Sydney’s Harbour Bridge at 49 metres, marks the completion of the first phase of construction on the new airport at Badgerys Creek.

The bridge to Badgerys Creek, which opened on Monday, was built as part of initial earthworks on the Airport site. 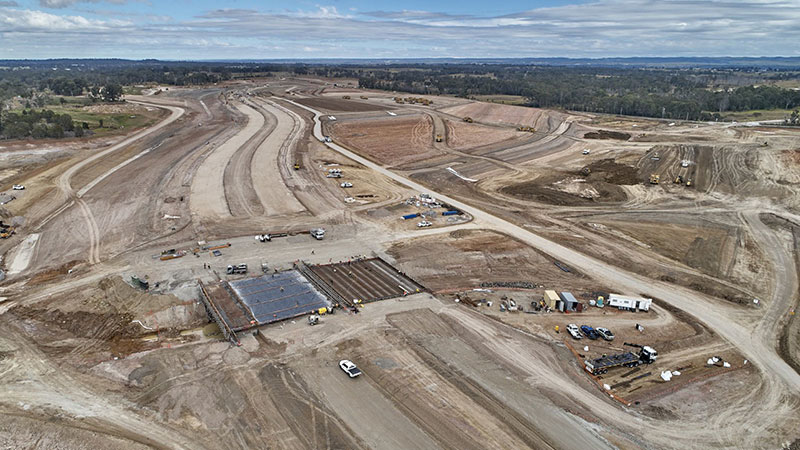 Construction giant Lendlease was appointed to undertake the major earthworks contract, valued at $644 million for the development of the airport officially named after Nancy-Bird Walton.

“One north bound and one south bound, both 39 metres long and with a combined width of 49 metres – around the same width as Sydney’s Harbour Bridge.

Major earthworks are also expected to kick off this year, which will involve moving more than 23 million cubic metres of earth to make way for the construction of the airport’s terminal and runway.

Its expected the airport, planned to be open in 2026, will initially cater for up to 10 million international and domestic passengers a year.

Following decades of debate, the airport site was officially designated by the Federal government in 2014 as the location of Sydney’s second airport.

The first design images for the terminal building were released in October last year, after Zaha Hadid Architects and Cox Architecture were appointed to design the Nancy-Bird Walton international airport.

Construction on the terminal building is slated to start in 2022.