Brisbane’s apartment vacancy rate fell to just 1.6 per cent in March, driven lower by a slowing decline in supply and continued population growth.

Brisbane’s vacancy rate tightened by 0.6 per cent from the previous quarter according to a new report by property consultants Urbis.

Comparatively, the Real Estate Institute of Queensland (REIQ) recorded a vacancy rate of 2.1 per cent for the total inner Brisbane rental market over the same period, down 4 per cent from the previous quarter.

The figures from Urbis quarterly Inner Brisbane Apartment Rental Review highlights a market in transition, with many in the residential sector continuing to shift focus from investors to owner-occupiers. 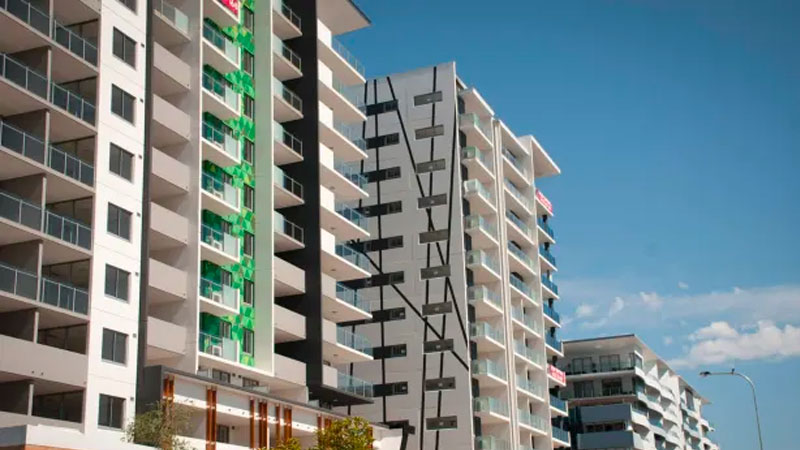 ▲ Prices could stabilise in Brisbane’s beleaguered high-rise apartment market and a shortage of new supply should drive growth in the next six-to-12 months Urbis says.

“The combination of a slowdown in new rental stock hitting the market, as well as solid demand drivers such as population and infrastructure investment will continue to result in a tight market,” Urbis director of property economics and research Paul Riga told The Urban Developer.

“Considering both our in-house data and the total market data provided by the REIQ, the rental market in inner Brisbane is looking healthy.”

Brisbane, which saw unprecedented construction and sales several years ago, has since seen both rates rapidly decline, resetting to the pre-investor-boom market of the early 2010s.

Responding to market changes, many developers have had to downsize the scale of projects to meet the market and achieve pre-sales requirements, with many less likely to pursue high density projects in the coming years.

“Demand for quality projects certainly outweighs supply with a number of these projects registering growth in rental rates over the current quarter,” Riga said.

“This is likely to remain the case for the next six-to-12 months as purchaser activity remains subdued due to access to finance.”

“At the same time, any loosening of lending constraints should see the investor purchaser number start to rise, particularly with yields and rental rates strengthening and economic drivers remaining stable.

“Whilst there are a number of challenges in the development space, opportunity exists across multiple Brisbane sub-markets,” Riga said.“We have seen boutique projects that have targeted a wide spread of buyers at affordable price points launch successfully, with buyers attracted to the price points, amenity and inclusions.” 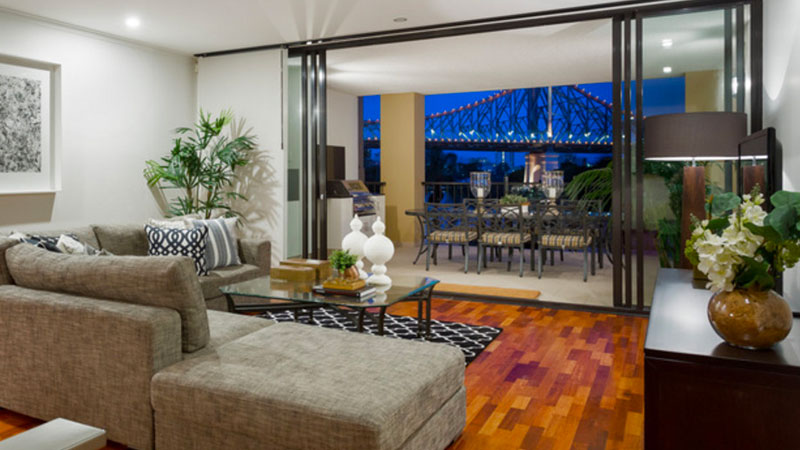 ▲ Urbis found that furnished apartments receive a rental premium of 16.7 per cent on average.

Brisbane’s premium market is also seeing a flurry of activity, however Riga warned of risks for buyers in this market generally take longer to transact.

“This market of premium buyers is expected to sustain growth moving forward as our Brisbane market matures, and acceptance of the apartment lifestyle spreads across multiple demographics,” he said.

“Ultimately it comes down to ensuring that each development aligns the potential buyer market with the pricing and inclusions that they expect.”

Predictably, a significant portion of buyers spending $2 million-plus on apartments continue to be down-sizers, swapping the family home for a large inner-city apartment.At the lower end of the market one-bedroom apartments have continued to remain popular with inner Brisbane renters.

Urbis found that one-bedroom, one-car space apartments had the highest average number of rental applications per apartment with the inner south and CBD recording higher rents on average.

Hopes are growing for the apartment market in the Queensland capital. A separate report by JLL earlier this year said Brisbane apartment prices and rents would stabilise over the next 12 months.

For now, conditions in Brisbane, the apartment construction market that was first to boom and also the first to decline, remain weak.