The federal government will allow an additional 10,000 first home buyers to obtain a loan to build or purchase a newly-built home with a deposit of as little as 5 per cent, via an extension of the First Home Loan Deposit Scheme.

Treasurer Josh Frydenberg said that the residential construction industry, which currently contributes around 5 per cent to the nation’s overall gross domestic product, remains essential in boosting the Australian economy as it recovers from the coronavirus pandemic.

“Helping another 10,000 first home buyers to buy a new home through our First Home Loan Deposit Scheme will help to support all our tradies right through the supply chain including painters, builders, plumbers and electricians,” Frydenberg said.

An additional 10,000 places will now be provided from 6 October 2020 to support the purchase of a new home or a newly-built home and will be available until 30 June 2021.

“Australia is in a bit of a demographic ‘sweet spot’ for first home buyer demand, given the relatively large millennial generation are now at a typical first home buyer age,” Corelogic research analyst Eliza Owen told The Urban Developer.

“Over the past 10 years, first home buyers have on average accounted for 23 per cent of owner occupier finance for the purchase of housing, and this has now climbed to 30 per cent.

“The impact on dwelling values depends on how much of demand-side stimulus is funnelled into new stock.

“Theoretically the establishment of new housing may not increase dwelling values in the established market, though new builds may become more expensive up to the threshold as demand increases.” 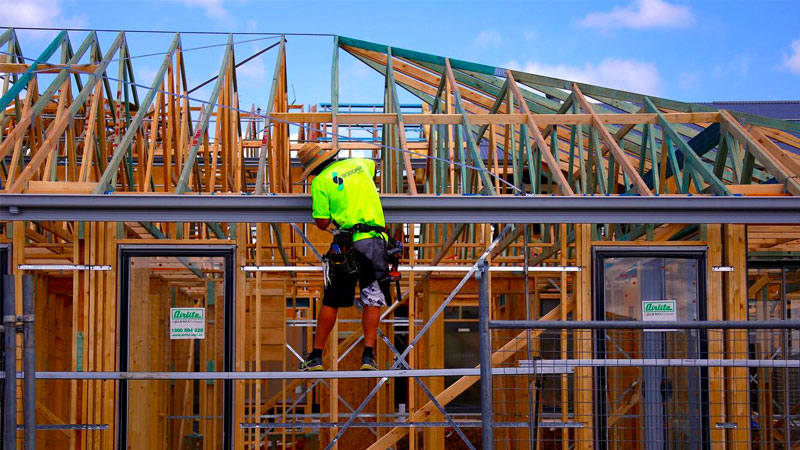 ▲ According to recent Australian Bureau of Statistics figures the value of loans to first home buyers rose by 10.6 per cent in July, 26.6 per cent higher for the year.

The revitalised scheme will now look to boost construction jobs comes as the Home Builder scheme, available to buyers who enter into a building contract by December 31—if construction commences within three months. winds down.

Record-low lending rates and strong levels of federal and state grants to encourage new home construction looks also set to push demand for housing credit in states where the virus is seen to come under control and movement and other restrictions lift.

“The risk is more debt, higher than otherwise prices, and a potential oversupply in the face of the hit to immigration,” AMP Capital chief economist Shane Oliver said.

“Like Home Builder, it does distract buying from established property and could boost new home prices at expense of established homes.”

The extension follows recent findings from the National Housing Finance and Investment Commission, the scheme administrator, which predicts housing demand could fall by up to 230,000 dwellings over the next three years, due to boarder restrictions.

Unemployment hit 6.8 per cent nationally in August, with the three hardest-hit states being SA, Queensland and Victoria, and youth unemployment sitting at 14.3 per cent.

The Australian economy contracted by 7 per cent in the June quarter, confirming the nation was in recession following the 0.3 per cent decline in the March quarter.