Property giant Dexus is pushing ahead with plans for a $2.1 billion transformation of Eagle Street Pier and Waterfront Place in Brisbane’s CBD.

Another key feature will be the widened and upgraded 280 metre riverwalk for pedestrians and cyclists, stretching between 6 metres and 18 metres wide, with 12,608sq m of redeveloped public realm planned. 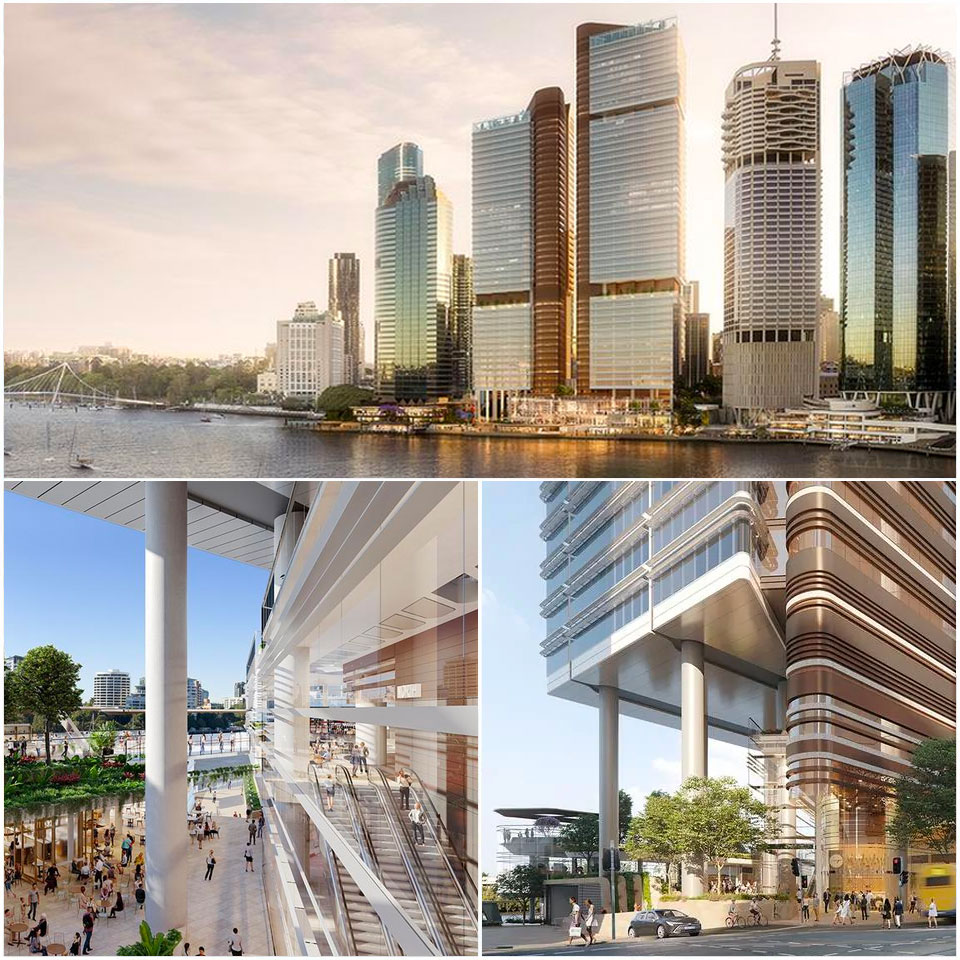 Waterfront Brisbane, proposed over the existing Eagle Street Pier and Waterfront Place sites, is situated within the Golden Triangle of the City Centre, which contains 248m of direct frontage to the Brisbane River. Image: Fjmt/Arkhefield

“Waterfront Brisbane will be a great outcome for Brisbane with the renewal of the city’s premium business district, activation of the river and improvements to the riverwalk,” Du Vernet said

Dexus projects the development at 45 Eagle Street will drum up much needed employment opportunities with more than 1,000 construction jobs forecast as well as 900 ongoing support roles.

The existing heritage-listed Naldham House on site will remain with a new awning planned above it to provide safety to pedestrians.

The commercial precinct will be delivered over two stages, with the first stage involving the construction public realm spaces, riverwalk, podium levels, basement and north tower. The second stage will involve the construction of south tower.

If approved Dexus plans to commence construction on the Eagle Pier site in 2022 with the first stage to be delivered by 2026. 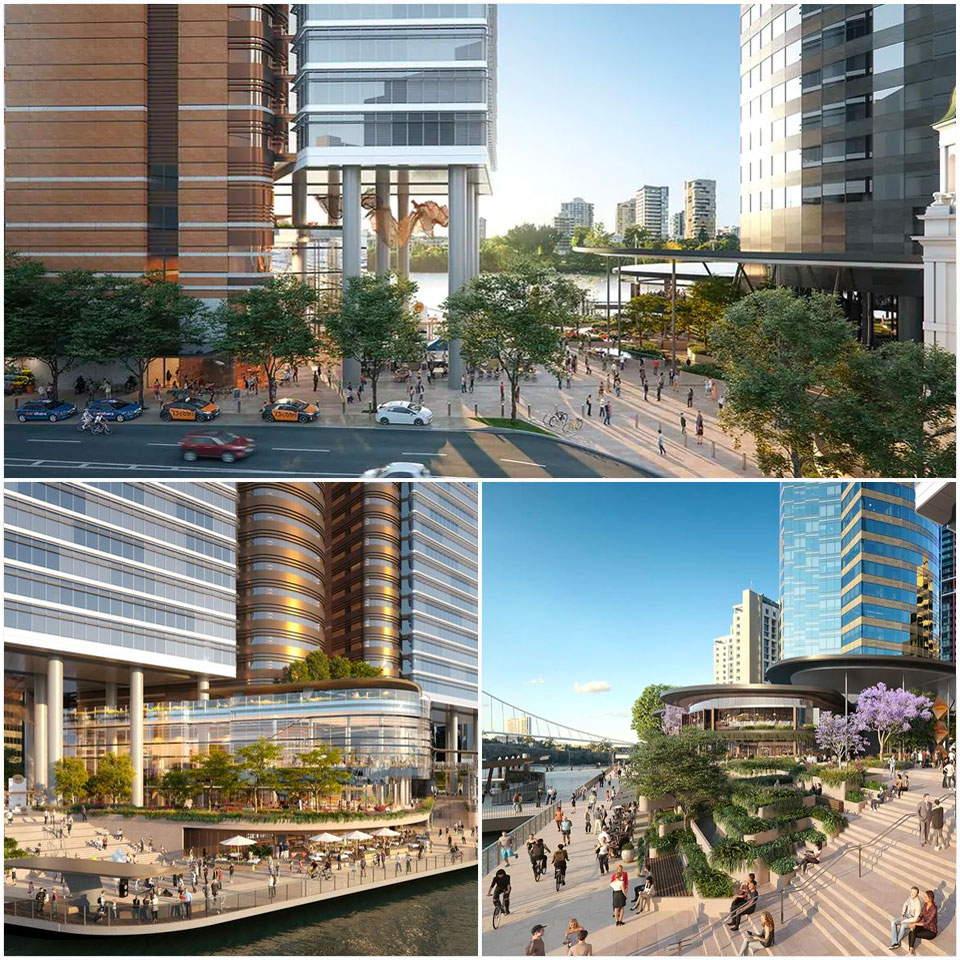 The Queensland government expects the project to provide an estimated $5.7 billion boost over the next 40 years, including $230 million to the construction sector. Image: Fjmt/Arkhefield

The proposed development will add to Dexus’ $11.2 billion development pipeline, which includes major projects such as the $2.5 billion Central Place Sydney—where it is partnering with Frasers, and a $550 million project at 60 & 52 Collins Street in Melbourne.

Other major projects include the $3 billion Pitt and Bridge precinct in Sydney, which Dexus acquired for $177 million with the backing of Canada’s CPP Investment Board.

Dexus withdrew its guidance in March as the disruptive effects of Covid-19 took hold on the economy.

In Brisbane, Dexus is also considering plans for a 274-metre skyscraper in Brisbane’s Golden Triangle following an off-market acquisition of a CBD retail building for $80 million late last year.

The listed developer is reportedly in talks with the Catholic Church, which owns several neighbouring properties of the 171 Edward Street site, including the heritage-listed Cathedral of St Stephen.