The Italian Club of Brisbane will be remembered in the design of a 15-storey residential building planned to replace the club in Teneriffe.

The second stage of Cavcorp’s Le Bain development on 10-20 Wyandra Street will be known as “Italian Club” to honour the owner of the site, the ANFE Italian Club, and its support of the Italian community since 1962.

According to the development application lodged recently with the Brisbane City Council, the residential tower would incorporate a natural palette and textures to create a “cohesive podium and tower design” that paid homage to Italian cliff-top villages. 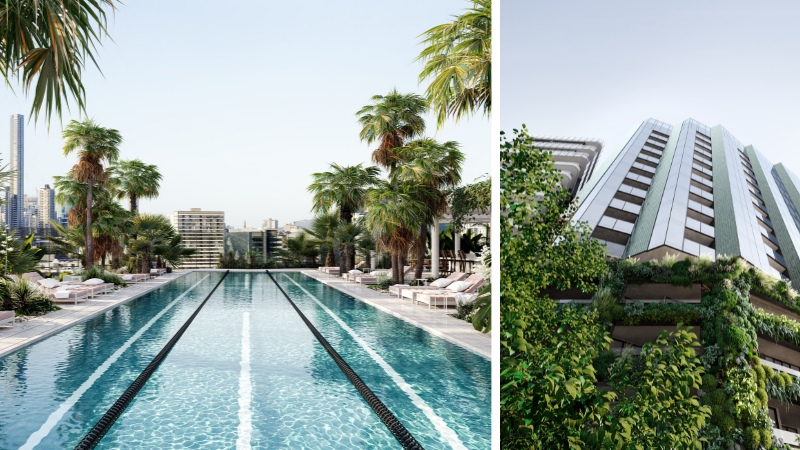 Plans for ‘Italian Club’ include a slender serrated glazing facade with a 25m pool on the rooftop.

The building would include retail tenancies at the base with 129 apartments, predominantly of two- and three-bedrooms, with adaptable floorplans to accommodate working from home.

“The mixed-use residential tower [features] a ‘cross-block link’ and dynamic green wall with 12,000 plants that will capture 29.919 tonnes of carbon dioxide, and produce 3.155 million litres of oxygen per year,” he said.

The building will feature more than 1000sq m of communal space and a 25m pool, a yoga and meditation lawn, magnesium spas, a vegetable garden and barbecues.