Queensland expects to see a $36.2 billion boost in tourism, jobs and exports should it secure the winning bid for the 2032 Olympic and Paralympic Games.

Releasing its ‘blueprint’ for hosting the 2032 Olympics, the state government touts economic benefits “in the billions of dollars and jobs” across the next 20 years.

The cost of running the games is slated at $4.5 billion.

But this cost is said to be significantly offset, with the report stating “at no cost to the State” taking into account International Olympic Committee funding of $2.5 billion, along with sponsorships and ticket sales revenue.

“The analysis has determined that hosting a Games in 2032 is feasible, with the support of all three levels of government, and that the benefits outweigh the costs,” notes the value proposition assessment blueprint.

To date, Albion Park and the neighbouring Allan Border Oval are the frontrunner sites for the main venue.

The analysis notes that approximately 80 per cent of event venues needed for the games already exist. 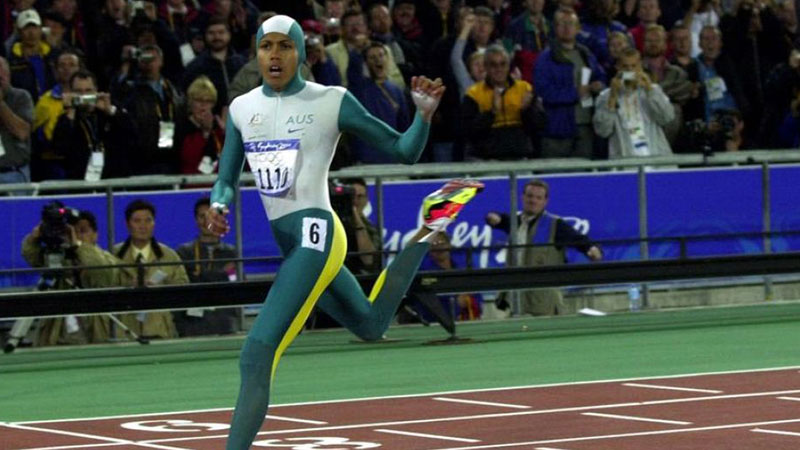 Cathy Freeman’s iconic 400 metre run at Sydney’s 2000 Olympics. Melbourne hosted the Olympic Games in 1956. Will it be Brisbane’s turn?

The report identifies $36.2bn in benefits to the state:

Up to 43 Queensland venue options are identified, 18 are located outside of Brisbane, with Premier Annastacia Palaszczuk adding that she is “determined to include the whole state in the Olympic Games”.

The final venue number will be dependent on hosting strategies for football, basketball and volleyball preliminaries.

The games would be held over three venue ‘hubs – Brisbane, the Gold and Sunshine Coasts, with regional locations still being explored.

Regional options include football preliminaries in Toowoomba, Townsville and Cairns as well as Keel Boat Sailing in the Whitsundays.

Should Brisbane be successful in its bid, the report specifies the preferred dates for the Olympic Games as running from Friday 23 July to Sunday 8 August 2032.

The Paralympic Games would run from Tuesday 24 August to Sunday 5 September 2032.