Queensland officials are finalising plans for the $4.5 billion Brisbane 2032 Olympic Games as the hunt for stadiums, venues and infrastructure funding continues.

The International Olympic Committee selected Queensland’s capital as the targeted host for the games bringing “stability” as the committee moves towards a cost neutral event.

The site of the opening ceremony is yet to be finalised with the top picks Metricon Stadium on the Gold Coast, Suncorp Stadium in Brisbane or a completely new venue on the cards.

During bidding, a masterplan was developed with two athlete villages, an 80,000 seat stadium and a second M1 Motorway with final locations to be determined.

The majority of the sports will be held in existing venues with the exception of rowing which requires a new base.

Instead, funding for Brisbane 2032 Olympics will be focused on bringing infrastructure projects forward, which will have a knock-on effect for the property market.

Premier Annastacia Palaszczuk said they already have 85 per cent of the venues for the event.

“It’s a new norm, which means it is a game changer, we don’t have to build huge stadiums that are not going to be used in the future,” Palaczszuk said.

“There is an option of one new big venue in terms of the opening ceremony but we may use Carrara as well, we’ve got to go down to the fine print and make sure we’ve got all the funding lined up.

“We want to include the regions as well, so of course with the football we’ve been looking at the soccer matches up around the different regions and of course all of the state will share in an Olympic glory.”

Lord mayor Adrian Schrinner said this is the best opportunity the state has had in generations.

“Now we need to actually go through and make sure we lock in the plans for improved infrastructure,” Schrinner said.

Queensland is already on the cusp of an economic boom with domestic migration reaching double digits and house prices hitting a record high in January. 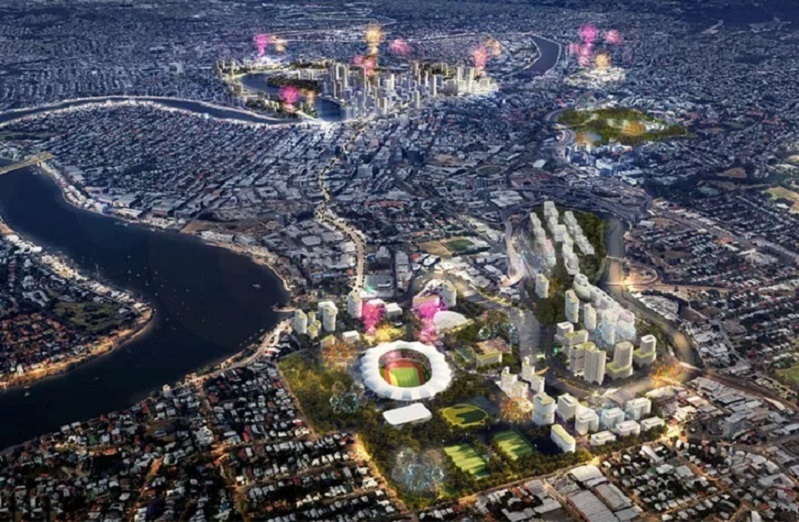 ▲ The blueprint for Brisbane 2032 Olympic Games under new rules that would allow a region, rather than a city to host the event. Images: Urbis

Brisbane’s bid for the games dates back to 2015 and some of the state’s biggest property developers have pledged their support.

Consolidated Properties Group Don O’Rorke said the latest announcement will further build confidence in the property market for both Australians and people overseas.

“There’s going to be an intangible excitement that builds over the next decade,” O’Rorke said.

“Covid has shown Australia is a great place relative to the rest of the world.

“When it comes to the more tangible aspects, there will be construction jobs created doing the build [of Olympics-related assets] and that will be over five to six years.

“The spotlight will be put on Queensland, and you only have to look at Sydney to know what that does.

“We need to ensure the responsible deployment of capital so that stadiums [and other assets] can be used afterwards…and southeast Queensland will become known worldwide as a destination.” 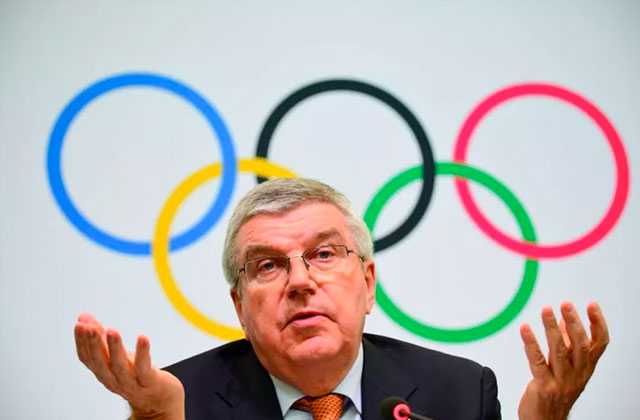 Australian Olympic Committee president John Coates said the IOC do not want countries to go out and spend big money so the three levels of government need to focus elsewhere.

“They’ve got to get in one [mindset] in terms of the funding not for the games but the funding, that this region requires to host the games…the future infrastructure, transport, in particular rail and road,” Coates said.

“They don’t want to have big costly losses for many cities, you know go back to Melbourne and Sydney, we spent $30 million on those.”

IOC president Thomas Bach said the decision to pick Brisbane aligns with their new agenda for 2020 onwards, as a result of the pandemic.

“It proposes sustainable games in line with the region’s long-term strategy and using primarily existing and temporary venues,” Bach said.

“The commitment of Australia and Oceania to Olympic sports has grown remarkably since the fantastic Olympic Games Sydney 2000.”

Although the city is the only candidate now being considered for the 2032 games there are still a few minor hurdles to jump through before it is set in stone.