An interesting series of charts was posted by Simon Pressley of Propertyology, showing how a number of Brisbane construction hotspots have seen the rental supply tightening back into balance.

Pressley showed tightening vacancy rates in Nundah (1.6%), Bulimba (2.8%), and Chermside (2.2%) as a few prime examples, while West End and Fortitude Valley were still chewing through the their glut in January 2019.

A bit closer in, here’s New Farm and Teneriffe with the rental supply at the tightest level since 2013. 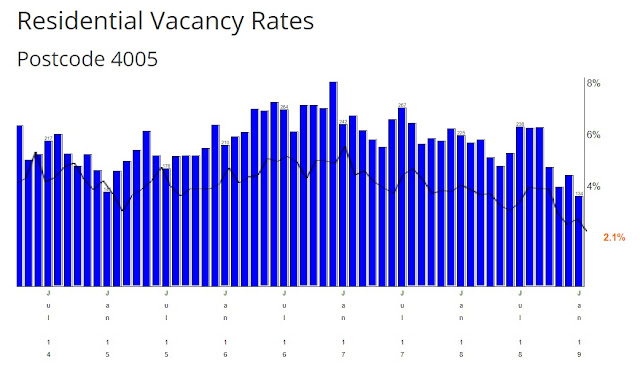 Commencements and units under construction have levelled off, while new approvals continue to slide back towards historic averages. 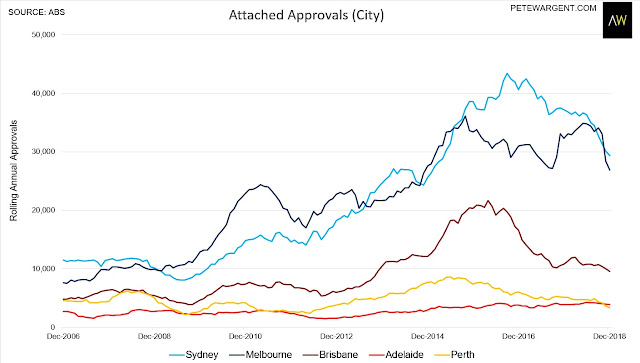 And while not all internal migrants head to the capital cities, as I write, this interstate migration to Queensland is at its highest level in about 13 years, those heady pre-crisis days when when the mining boom was in full swing. 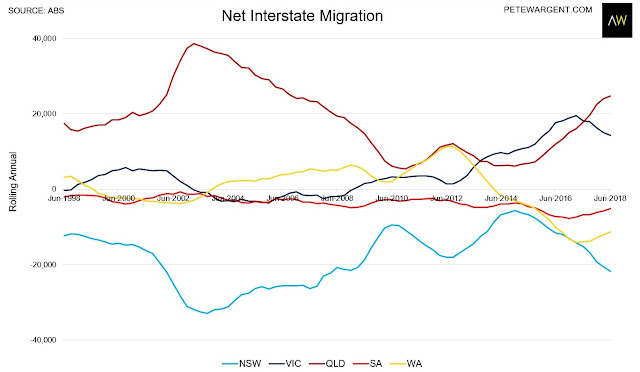 While developers aim to manage risk as well as they can, there’s always an element of forecasting of demand when strategies are put together.

For a while it looked as though the demand for units and rentals wouldn’t keep up with the record rates of construction.

But it increasingly looks as though things have swung back into balance in the nick of time, as Queensland draws more and more internal migrants away from the major capitals.