More than a year after premier Gladys Berejiklian first flagged plans to transform the southern end of the CBD into a tech and innovation hub, the NSW government has released the first images of its vision for the 24-hectare Central Precinct.

The proposal sets out the urban renewal of the precinct into a transport-centered commercial district, improving public connections to bordering suburbs Chippendale, Surry Hills, Ultimo and Redfern and providing green walkways to Belmore and Prince Alfred parks.

The southern central Sydney location “provides a natural extension to the city’s development”, the draft strategy reads, connecting the city at its boundaries and creating a centre for the “jobs of the future”.

“The opportunity is comparable [to] large urban renewal programs including Kings Cross, Euston and Olympic Park in London and Hudson Yards in New York.” 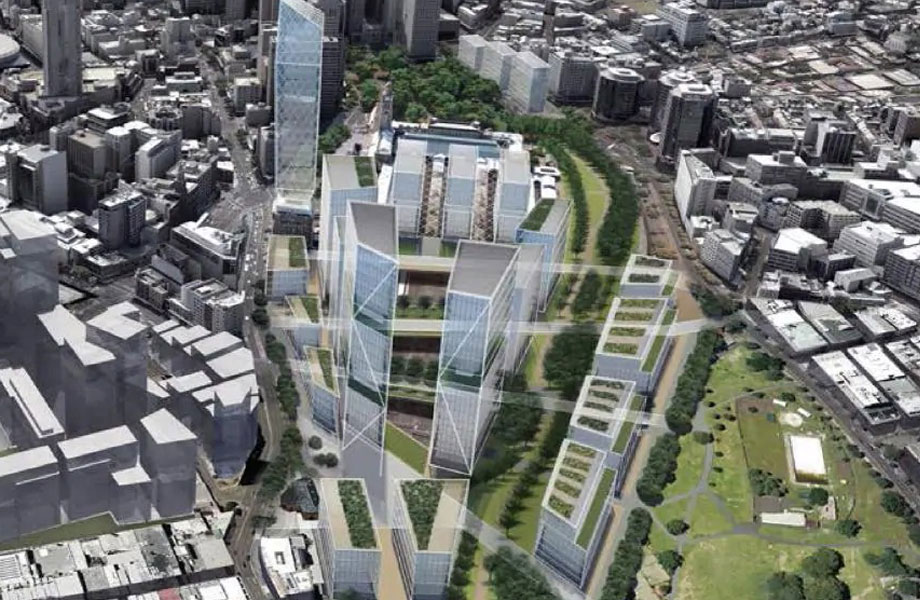 Atlassian co-founder Scott Farquhar confirmed that the company is working with state agencies and local government on the precinct.

“We want to help create the jobs of the future and contribute to the 25,000-plus additional innovation jobs that the precinct is expected to deliver.

“That is what the tech precinct is all about. It will breathe new life into the Central Station area, while also preserving its history and heritage.”

The Nasdaq-listed company is working on a preliminary scheme for a 35-storey, circa $800 million tower which will include a mixed-use hotel, retail and innovation space on the site of the Railway Square YHA backpackers. 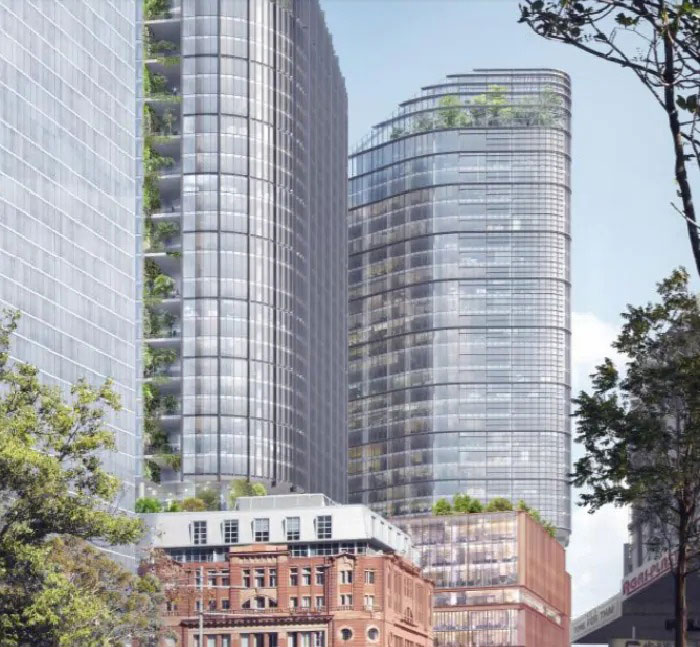 A preliminary rendering of the towers at the Western Gateway sub-precinct, set to be anchored by Atlassian. Image: Urban Growth NSW.

While the tech firm has appointed Avenor as an external development advisor, it is yet to appoint an architect or construction partner.

Atlassian first announced an in-principle agreement with the NSW government in February, with plans for the precinct to become a “technology ecosystem”.

“This precinct will be a home to future generations of Australians who might otherwise take their great ideas overseas,” Farquhar said. 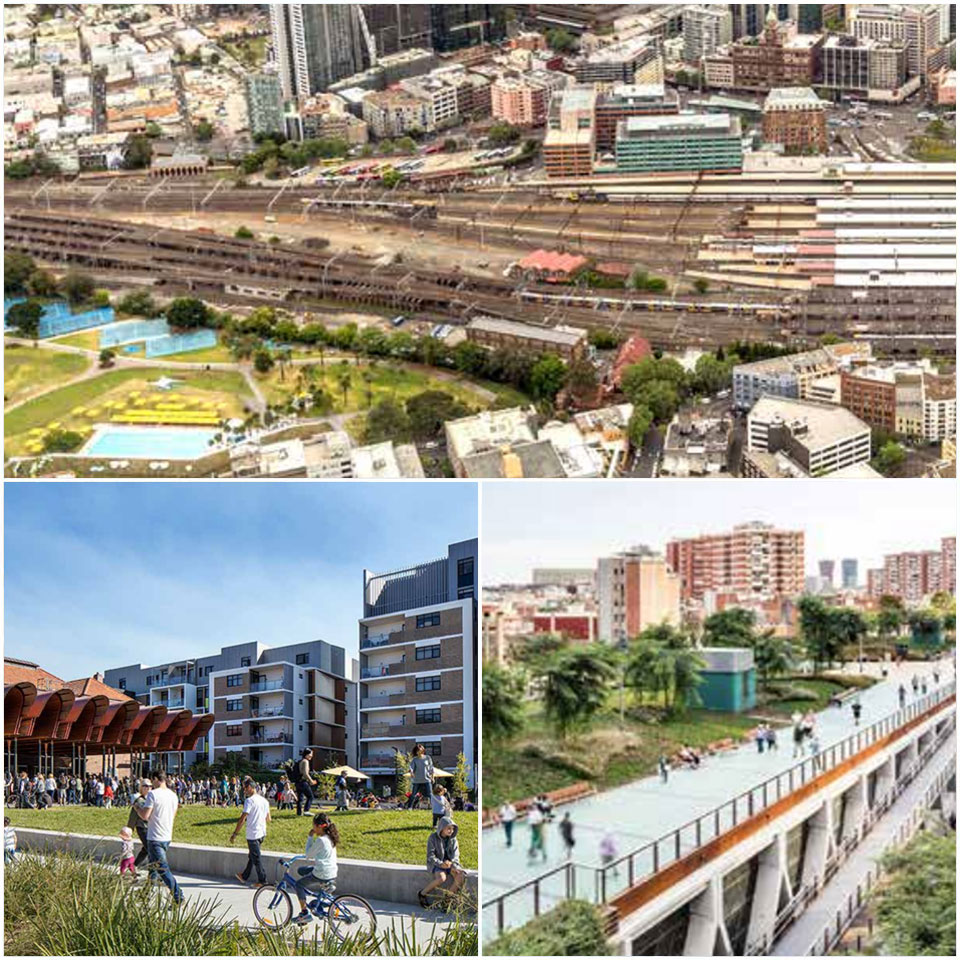 The government has broken down the 24-hectare Central Precinct plans into a series of sub-precincts, including the western gateway sub-precinct which the government says has the potential to kick off the development of the larger precinct.

ASX-listed development giant Dexus controls a large swathe of long-term leaseholds in the area and is currently working through an unsolicited proposal for a large-scale mixed-use development above the Henry Deane Plaza.

The developer partnered with Frasers on the proposal, which includes the redevelopment of the plaza at Lee Street, while recently consolidating its hold—spending $354 million on strata offices—on Pitt Street.

“While land within the [western gateway] sub-precinct is government owned, it is within long-term existing leaseholds and is subject to private sector redevelopment proposals,” the NSW government said. 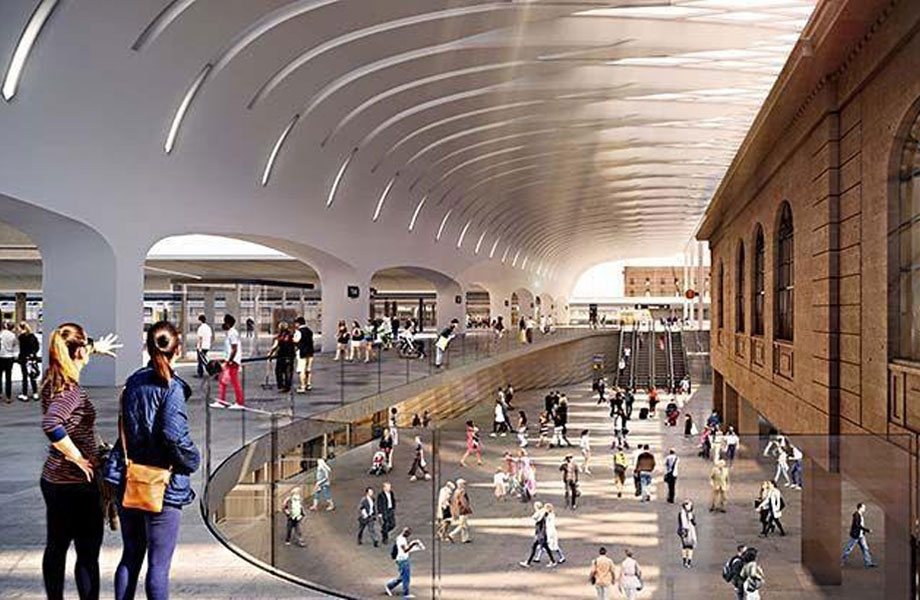 A rendering of Dexus and Frasers proposal for the Henry Deane Plaza at Sydney’s Central Station.

Lord mayor Clover Moore welcomed the Central Precinct plans as a “forward-thinking development of what is a really under-utilised part of our city”.

“For years, debate has raged over what we should do with the land above and around the Central Station rail yards,” Moore said.

Originally published by Ana Arvaez in The Urban Developer here.